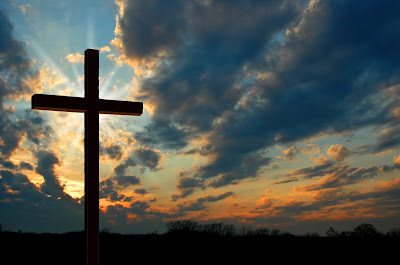 Happy Easter from all members of RSCM Scottish Voices.  We hope all your singing commitments during Holy Week and over the Easter weekend have been successful, rewarding, and spiritually uplifting.


Posted by Layclerk at 03:00 No comments: Links to this post

It was a day different to the usual one we enjoy, but enjoyable nonetheless.  Originally scheduled as Choral Evensong, we were asked by the Right Reverend Dr Gregor Duncan, Bishop of the Diocese of Glasgow & Galloway of the Scottish Episcopal Church, to instead provide the music for a Chrism Mass when priests from all over the diocese gather to renew their ordination vows and to bless various oils used in their ministry.

The Bishop delivered a homily, and made the choir feel particularly welcome and an integral part of the service during it, which was commented on afterwards by several choir members.

Directed by Frikki Walker and accompanied by Steven McIntyre the setting was Harold E Darke's rather nice Communion Service in F, with the soprano soloist Ruth Elder, tenor and baritone soloist Ian Gibson, and solo quartet made up of Ruth Elder, Pam Barrowman, Ian Gibson and Stewart Macrae.  Well done to all of them!

The anthem was a little gem by New York based Norwegian composer Ola Gjeilo, called Ubi Caritas which if you haven't heard it before is well worth a listen.  A recording during which you can look at the sheet music too can be seen on YouTube here, and the sheet music is available to purchase from the RSCM here.

The next outing is for 20 of our singers who are making the journey south to Peterborough Cathedral on 9th April to join forces with our counterparts from the rest of the country as we celebrate the Golden Jubilee of the founding of RSCM Cathedral Singers by Martin How, in what promises to be a splendid Choral Evensong which includes O praise the Lord, a new introit written by Martin How for the occasion, Ayleward Responses, Magnificat & Nunc Dimittis in D by George Dyson, and Surrexit a mortuis by Charles Marie Widor (written not only for double choir but for two organs!).

The next time the full choir meets is on 14th May when we close the first half of our 2016 season with Choral Evensong in Dunblane Cathedral.  Originally planned as a joint service with RSCM Young Scottish Voices, for various reasons the youngsters aren't now available to join us for that service which will include Litany to the Holy Spirit (Peter Hurford), Richard Seal Responses, Magnificat & Nunc Dimittis in E (Herbert Murrill), and Rejoice the Lord is King (Malcolm Archer).

Posted by Layclerk at 12:47 No comments: Links to this post